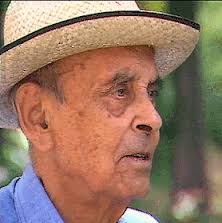 Father of the artist and cineast Yves Klein, who became world-renowned with his monochrome blue paintings.

Frits Klein is called the painter of light. The journalist Hans Redeker described his paintings as: ‘a pure and bright light, far from all the melancholic intentions and actions, so harmoniously fulfilled, that heart and intuition immediately know they belong there’.
This sentence was also the opening sentence of the foreword in the catalog of the honorary exhibition of Frits Klein at his 70th birthday at the Rijksakademie van Beeldende Kunsten in Amsterdam (1968). When Frits Klein became 80 years, a retrospective of his work at the Van Gogh Museum (1978) was held. The critics were full of praise. His 90th birthday was celebrated in Pulchri Studio in The Hague with a similar retrospective (1988). Two years later, in 1990, Frits Klein died in Paris. Quote from the NRC of April 27, 1990 at his death: ‘A painter of the idyll, of sensuality. The Dutch painter Frits Klein was once described as a painter of luxury, calmness and voluptuousness.

Beach views 1
Click on a painting for an enlargement

Frits Klein was born in Bandung. A descendent from a wealthy family of plantation holders. His father died of a tropical illness shortly before his birth. At the age of six, Frits moved to the Netherlands (Apeldoorn) with his two older sisters for a European education. That is not unusual among people ho went to the ‘East-Indies’ at that time. Through a school friend, Chris Wegerif, he came in contact with his art-loving family, who transfered their love for modern art to him. In 1916 his mother came to The Netherlands after the death of her second husband. Frits went to Paris in 1920 to the art academy, after finishing the HBS and the Handelsschool, supported by his mother. On the train to Paris he met Mrs Wegerif, who will be fetched by the wife of artist Kees van Dongen. For Frits this encounter is a nice start. He can stay at the house on the famous Rue du Départ. Mondriaan had also his studio there. Frits sometimes visits a dancing with Piet Mondriaan. But he is not impressed by his paintings!
In Paris, Frits is called Fred because Frits sounds too German. Hence, both Frits and Fred are used for the artist. We will keep calling him by the name Frits. Frits Klein attends art classes for several years at the Académie André Lhote and is very impressed by the French impressionists. At the Académie de la Grande Chaumiere in Montparnasse he follows courses in portrait and model drawing. Klein often can be found near the circus Médrano, where he makes dozens of studies and sketches of the Fratelini clowns and the horses. His first black and white lithographs have the circus as a subject.

In 1925 Klein went to the south of France, to Gagnes-sur-Mer. Due to the pleasant shades of the south, the colors on his palette als change. Due to the intensity of the light, his childhood memories of Java are brought to life. He gets excited about the radiant, clear sky, the sun and the lemon colors of his youth. In 1926 Frits returns to Gagnes-sur-Mer and buys a ruin that he renovates into a house and studio. Here he meets the French painter Marie Raymond, the young daughter of drugstore owner from Nice, with whom he marries. In 1928 their son Yves was born.

From the twenties of the 20th century, Klein paints in the tradition of the French impressionists. He remains faithful to this tradition, despite the recommendation of Willem Sandberg, the director of the Stedelijk Museum Amsterdam, to work more abstractly. NRC Quote: “Klein moved out of all -isms: even in the midst of an artistic milieu of protest and violence, full of form research and revolution, he remained an outsider with his lyrical dream world”. A reviewer of the NRC recalled in 1978 how Klein spoke highly of Monet’s paintings, at times when only cubism and constructivism were considered good style.

Klein works from color to presentation. Sometimes out of a preference for orange/purple, sometimes green/yellow or purple/blue. French and Dutch art critics compare his work with the French painter Odilon Redon. A French reviewer writes: “Klein works like Odilon Redon; starting from a dream of colors from which the motif slowly takes shape. In doing so, he nevertheless returns to reality, albeit to a dreamy reality. ”

Various works of art
Click on a painting for an enlargement

In her overview, Willemijn Gertsen describes in an accurate and lively way the way Frits Klein created his artworks. In all his works an undeniable sense of happiness manifests itself. Light and colors play a big role in his paintings. According to Gertsen, his special feeling for color had to do with his first years of life in the Dutch East Indies. When he went to work in Paris and on the Cote d’Azur, the tropical colors of his youth came back to his memory. Before the outbreak of the 2nd World War, Frits Klein sells his house and studio in Gagnes-sur-Mer and returns to Paris. His marriage to Marie Raymond ends and in 1960 he marries the English painter Ursula Bardsley. On June 6, 1962, his son Yves died of a heart attack at the age of 34, just before his grandson Yves was born.

Beach views 2
Click on a painting for an enlargement

Frits Klein kept in touch with the Netherlands and was registered at various artists’ organizations (the Dutch Art Circle and the Dutch Aquarianist Circle) and was Vice President of the Association of Dutch Artists in Paris. He regularly exhibited in the Netherlands. In 1930 he had his first exhibition in Amsterdam, in the Galerie d’Art Francais. He had several solo presentations and group shows in the Netherlands, including Maastricht, The Hague, Amsterdam and Schiedam. His great breakthrough in the Netherlands came after his 70th birthday with an exhibition at the Rijksakademie in Amsterdam. In one year he had exhibitions in Nijmegen, Assen, Amsterdam and Venlo. In 1986, the film documentary ‘Frits Klein, 65 years of the painter of light’ was shown. His work could also be seen outside of the Netherlands, like in Paris, Nice, Locarno, London and Tokyo. Beloved subjects were horses, animals, beach views, women’s portraits, southern European landscapes, bathers and nature. From dream to reality, to dreamed reality. Frits Klein died in Paris in 1990.

‘You can achieve with colors much more than you want to express, provided you’re completely free. It is only a matter of color value. That’s the whole secret’. (Frits Klein)

Flower shop and gardens
Click on a painting for an enlargement

Many thanks to art dealer Dolf. D. van Omme for his enthusiastic and useful oral information and for the available works of art (see website: http://www.dolfvanomme.nl/)
Thanks also go to art store Studio 2000 (see website: https://studio2000.nl /).
Many thanks to Willemijn Gertsen, who allowed us to quote from her biographical work of Frits Klein. It appeared in the Tableau Fine Arts Magazine, November 5, 2007. For more information about Frits Klein visit the websites below:
Official website Frits Klein
Hommage to Frits Klein by Jan van Harn